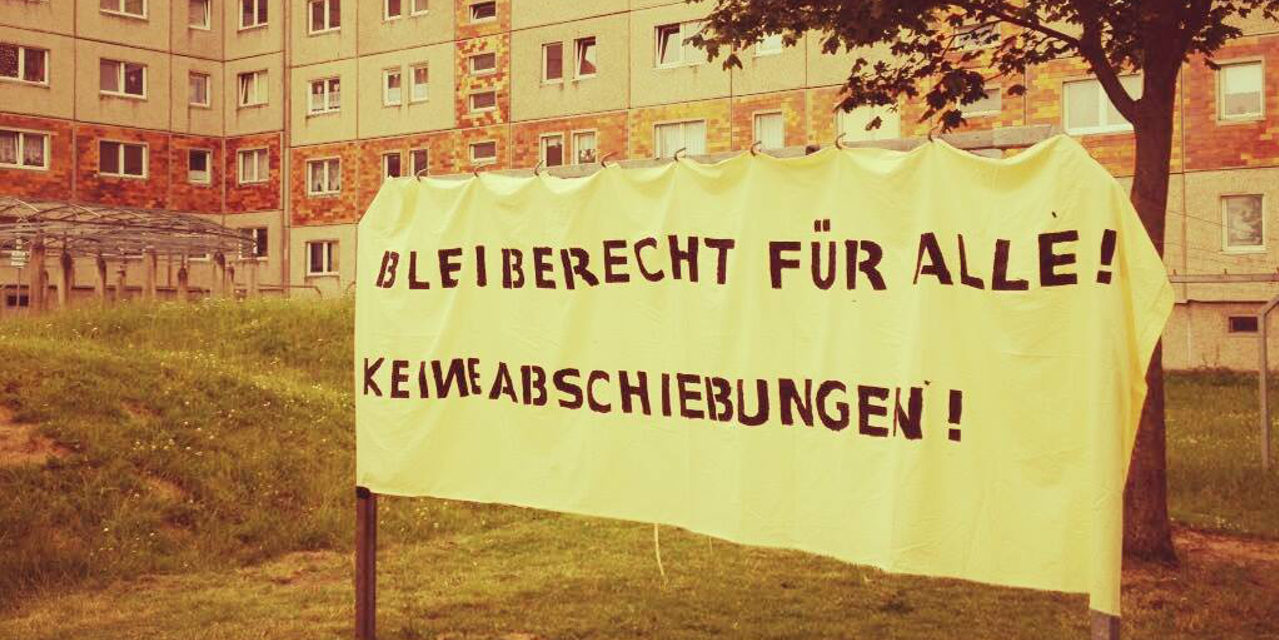 The federal government of Mecklenburg-Vorpommern showed their inhuman behaviour against the Refugees with their publication of numbers of deportations. PRO BLEIBERECHT criticizes  this attitude.

Summary of the press release of PRO BLEIBERECHT:

298 deportations from January-June 2017 are ways too much. It means, that every day about 2 people are sent into a live without future perspectives.

Besides that there have been deportations of people, wo lived in Germany for long time, who had work and good social network.

Stop deportations! Take the asylum procedures of Dublin-cases! Give chances for starting live in Germany!